The Power in the way we Think 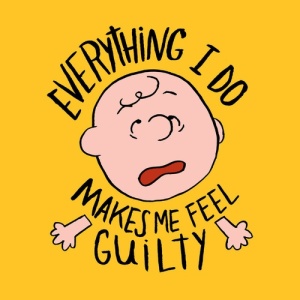 I get a lot of people in my office who tell me they feel guilty. Usually for not being able to do something that they feel they “should have”. This could have been for something like, feeling like they haven’t met the demands or requests of their family, or “failing” in eating healthy foods and exercising. Or it could be something completely different. Whatever it is, the guilt that comes as a result can be debilitating. It can bring you to your knees. Literally.

If we looked up “guilt” in the dictionary we would see two general definitions. www.dictionary.com shows the following:

1. The fact or state of having committed an offense, crime, violation, or wrong, especially against moral or penal law; culpability: He admitted his guilt.

2. a feeling of responsibility or remorse for some offense, crime, wrong, etc., whether real or imagined.

3. conduct involving the commission of such crimes, wrongs, etc.: to live a life of guilt.

to cause to feel guilty (often followed by out  or into  ): She totally guilted me out, dude. He guilted me into picking up the tab. 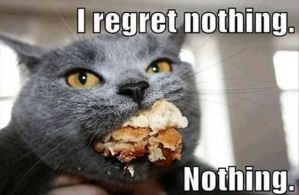 Both definitions are about wrongdoing. In other words, if you are guilty, you have done something wrong. Now if we were talking about the legal stuff I would agree with you. But if we aren’t, then things are open to interpretation. Of course there are occasions when we make mistakes and we do or say things that may not necessarily be helpful. And in those situations the feeling of guilt serves as a guide, or compass, to help us to know how to make amends and to follow-up with different choices next time.

The type of guilt I really want to talk about is when we have the perception of doing wrong, but in reality we haven’t. For example, let’s just say that a neighbor consistently asks you to take them shopping. You’ve been doing this for weeks and after a while you realise that it is getting in the way of other things in your life. The neighbour rarely thinks about stuff you need to do and never shows you any appreciation. You want to tell the neighbour you can no longer take her out, but you feel guilty for even thinking about it. 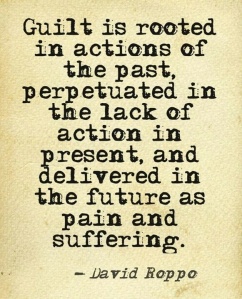 Given that there has been no appreciation or consideration, does it really make any kind of sense that you feel this guilt? As the person who is doing your neighbour a favour, don’t you deserve it? If it were your best friend or your mother doing the favour, would they deserve the appreciation?

So why do we feel guilty about it?

Before I go on, I do understand that the situations in which we often feel guilty are not always as uncomplicated as this example. You put many years worth of conditioning and complex family dynamics into the mix and things become complicated very quickly. Trust me, I get it. That said though, while the dynamics may be complex and a little more challenging to deal with, the concepts in dealing with it remain the same. I’ll come back to the strategies in a second.

Seriously … guilt is only ever a good thing when you really have done something wrong and it guides you to change your behavior. Otherwise, all it does is weigh you down, hold you back from living your best life and stresses your entire system.

To let go of the guilt you need to understand that your wrongdoing is your perception and is not necessarily an accurate one. Sometimes our mind plays tricks on us by sending us messages indicating that we are callous or selfish if we don’t feel guilty. Like most things, we become conditioned to it. Try not to listen to those voices.

A few things to consider: 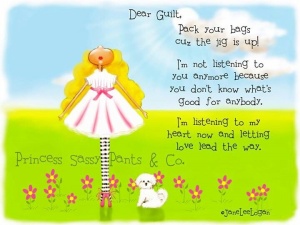